Another real-life example of when advice has helped clients

Count me in as a member of the above, by the way.

There comes a point in the life of most people when they feel they have been pushed around enough by folk whose words carry more weight than their own.

Grilled in interviews to win a job, put through the wringer to secure a mortgage to own a home, paying for the right to claim the pension you have paid into when you want to take it. It’s a long list of looming hurdles, forbidding permissions and no small amount of stress.

If I’ve just summarised the way you might be feeling about life’s obstacles and pitfalls, you are not alone.

A central part of what I do as a financial advisor is demonstrating to those who might recognise the above sentiments that the opposite can be true. And advice can make all the difference to the outcomes you seek.

Yes, a good number of people are confident, well informed and make considered decisions when managing their finances and lives and, yes, the internet has played a significant role in making vital and useful information almost universally available.

But the right advice, tailored to your circumstances, needs and requirements represents good value for many more.

I write this on the week the government is being lobbied not only to point people on the verge of taking their pensions before the state retirement age towards approved websites such as the Money & Pensions Service but to ensure they are automatically booked to meet with an advisor in person (or virtually but you know what I mean).

That might seem an insignificant step but it is worth noting. It is an acknowledgement of the intrinsic worth of appropriate advice by considering it in relation to the transaction with which it’s connected.

And it’s a demonstration of something we know is effective. People with a measure of financial literacy can be counted more strongly among those who have sought or been given advice. They are better protected from burgeoning scams, uninformed decision-making and generally make a more decent fist of their financial lives.

And what about the areas that can be forbidding, impenetrable and unwelcome? Take your pick but if you’ve ever cast an eye over the legislation governing inheritance tax, you might know what I mean. Becoming acquainted with something which can be very painful at a very upsetting time is never easy.

The point I am (eventually) making is that it’s rare that it doesn’t pay to deal with an advisor in circumstances which bring something you hadn’t wanted to think about until it’s directly in front of you.

We ran a workshop for inheritance tax planning for a corporate client to help them better understand the issues. Not only were they receptive but the human resources director asked us to take her through not only her retirement and inheritance (we did) but the more pressing concerns of her elderly parents.

They had become increasingly ground down by the worry of how to pass on their assets in a way that wouldn’t punish their relatives by landing them with a bigger bill than they needed to pay.

So it was with some satisfaction that I can report we were able to help them avoid inheritance tax to the tune of tens of thousands. Both husband and wife died three years later, within four months of each other. They did so in the knowledge that something that had caused them great stress had been resolved.*

At the risk of repeating myself, advice should not simply be characterised as something for which you have to pay in order to seek permission for what you know what you want to do and know how to go about it. It should act as both a knowledgeable guide and a vital check on what your plans might hold.

Done properly, it is something which is a force for good, however uncomfortable the prospect might be because any advisor will, in the end, want their clients themselves to know what’s best for them.

*(Please note that IHT planning is not regulated by the FCA but that the underlying products may be. You should always take advice before entering into investments.) 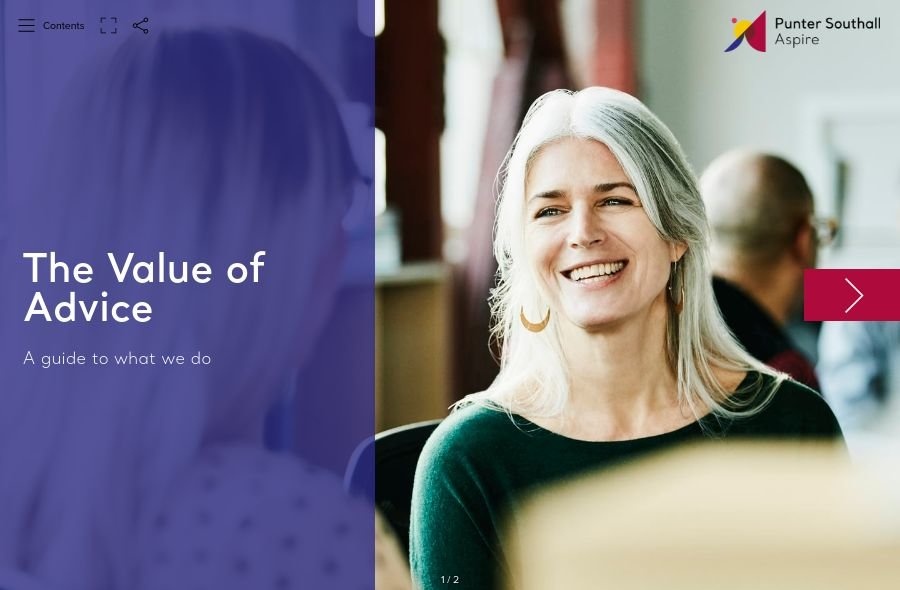